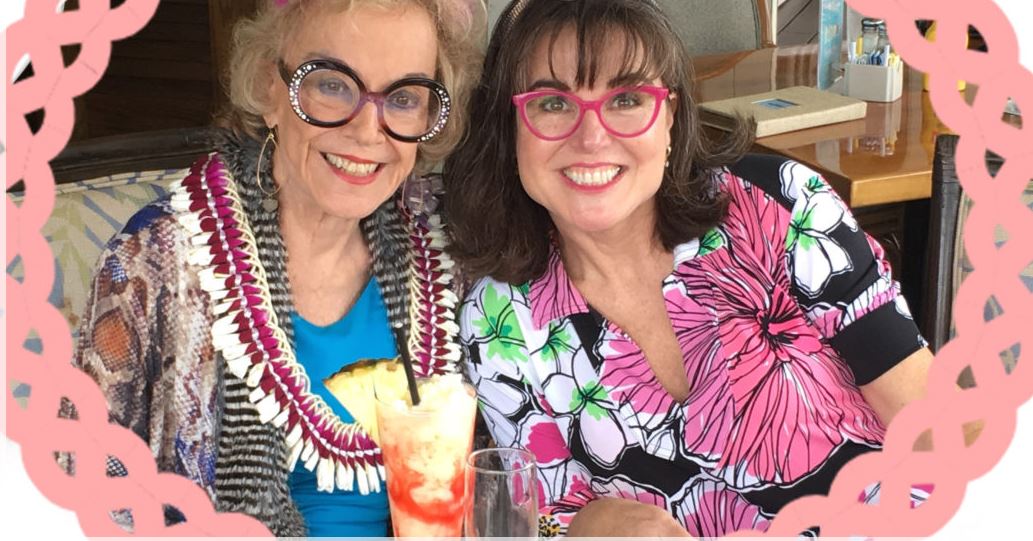 Here is our 03/09/2018 e-mail update. It is sent after the statistics for the preceding month have been posted on the Board of Realtor's website. You can find previous newsletters by visiting www.stott.com/news.

A Hawaii appeals court has ruled that bed-and-breakfast business owners may not discriminate against gay couples, even if the owners live at the residence. The judge ruled that owners living in the same dwelling shall not refuse people based on their sex, sexual orientation, or marital status if the rental is on a short-term basis. The judge found that a bed-and-breakfast is subject to the state’s public-accommodation laws like any hotel, motel, or inn.

The Reason Foundation, a libertarian think tank, released its annual state highway report and Hawaii ranked #47 out of 50 states for highway performance and cost-effectiveness. Contributing to the dismal ranking was Hawaii’s last place finish in urban interstate pavement conditions.

Hawaii ranked third this year in Gallup’s most recent State of Well-Being Rankings report. The report highlights trends in health and well-being across the nation and looks into five elements of well-being: purpose, social, financial, community, and physical. Hawaii is only one of two states to be ranked in the top ten since the report started ten years ago. Tim recently spoke with a visiting client, who walked to the office, about how Hawaii’s pleasant climate encourages people to get out and exercise.

Honolulu climbed to the #10 spot in Redfin’s list of top cities for public transit based on the performance of TheBus, Honolulu’s bus system. More than 69 million people ride Honolulu’s bus system every year. The rankings are based on a score derived from the distance to the nearest stop, frequency of the route, and the type of the route (heavy/light rail receives a higher score than bus service).

A study recently released by Credible, a company that helps consumers compare loan terms, reports that the average Hawaii resident pays 36 percent of their income on debt, the highest percentage in the nation. The figures are not surprising due to Hawaii’s high cost of living coupled with below average income levels.

The Hawaii Convention Center reported a 2017 profit of $1.1 million, nearly double last year’s total and the second profitable year in a row. The good news about the state run facility, funded by the Hawaii Tourism Authority (HTA), is welcome for state organizations that usually try to defend themselves from accusations of financial mismanagement. The Hawaii Tourism Authority recently spent $1.1 million to convert 204,000 feet of exhibition space into basketball, volleyball, and futsal courts. Sporting events represent a new opportunity for the center. Portable sports courts can now be configured to simultaneously stage 28 regulation volleyball or badminton matches, 18 high school basket ball games, or 11 futsal matches.

Unfortunately, a state auditor did not look so kindly on the HTA’s “lax oversight and lack of accountability” in regards to spending over $108 million in transient accommodation taxes (TAT) every year. The state auditor claims that HTA’s contracts associated with the Hawaii Convention Center and the bureau that markets the state to the Continental United States and Canada lack necessary performance metrics and the procurement and contracting practices undermine creditability. One area of concern has been the practice of shifting expenses previously classified as administrative to avoid spending caps. The HTA has been allowed to operate with greater autonomy (less legislative oversight) than other state agencies. Critics in the state legislature are crying foul over the CEO’s compensation package that is 2.5 times higher than the governor’s salary and some legislators want to cut the budget because they think tourism has grown beyond the state’s capacity to accommodate the large numbers. The Hawaii State Ethics Commission recently fined three former HTA executives and a current executive for soliciting and receiving business travel upgrades. The HTA’s Board Chairman responded that the agency will accept any criticism that will help them improve and noted that the audit failed to acknowledge HTA’s efforts in attracting record numbers of tourists and tourism dollars. Some lawmakers questioned the one sidedness of the audit considering the strength of the tourism industry in a recent hearing.

A study by a national public interest law firm has found that Hawaii is the worst in the nation when it comes to timely decisions on open records and open meeting issues. The Office of Information Practices (OIP) currently takes two to three years to decide on a request for public information concerning government issues. The study revealed that OIP is the worst among its peer agencies in other states. A senate bill is trying to address the issue by requiring the state office to issue a decision no later than six months after a request is made.

An audit of the Office of Hawaiian Affairs (OHA) recently found that OHA employees and trustees spent millions of dollars inappropriately over the past two years. During the last two fiscal years, OHA spent $14 million on discretionary disbursements while only having budgeted $7.7 million over the same time period. OHA drew from its reserves to cover most of the unauthorized spending.

The Honolulu Authority for Rapid Transportation (HART) disclosed that it may have overpaid people for relocating and violated a federal law in the process. HART notified the Federal Transit Authority of the issue and offered to forgo future reimbursements totaling $3.8 million. It appears taxpayers are getting to foot another bill related to HART’s failure to execute.

The rigid bureaucratic rules established by the City and County of Honolulu resulted in the cancelling of the 2019 Billabong Pipe Masters because the Department of Parks and Recreation refused to switch the dates of two events. The World Surf League had submitted the application over a year ago and was recently informed that their request for the change in dates would not be approved. Instead of finding a solution, Mayor Kirk Caldwell decided to pick a fight with the World Surf League and complain that the organization went to the press when the change was not approved. Contrary to other sporting events, the World Surf League does not receive any state funding (like professional golf) and spends about $7 million annually to put on the North Shore surfing events. The contests bring in an estimated $20 million annually.

The city’s arbitrary decision-making and unwillingness to compromise surfaced again when the Moanalua dog park Adopt-a-Park volunteer program would be terminated because volunteers apparently did not make maintenance requests through the “appropriate channels.” The city eventually agreed to rescind the cancellation when an over-zealous volunteer dog park coordinator was replaced with a new leader.

The third stabbing of a young military man since October is raising concerns about violent crimes in Waikiki. On March 1st, the victim was punched in the face and stabbed around 3:30 am. The assailants did not take any valuables off the victim. An Armed Forces Disciplinary Control Board issued a warning in December about the increase in crime in the Waikiki neighborhood.

Kamehameha Schools reached a tentative $80 million settlement with 32 students who were sexually abused by a psychiatric consultant decades ago. The settlement is believed to be the largest personal injury settlement in the state’s history. The controversy is just the latest involving Bishop Estate and its schools for children of Hawaiian ancestry. Just two days after the announced settlement, a Kamehameha teacher was arrested for sexual assault of a juvenile girl and placed on indefinite administrative leave.

A homeless camp, Pu’uhonoa o Waianae, located next to the Waianae boat harbor has become the latest point of contention behind homelessness advocates and residents and officials who are tired of the costs and lawlessness associated with homelessness. The state Department of Land and Natural Resources (DLNR) claims that the homeless at the camp are causing vandalism in the bathrooms (flushing cans down the toilets), dumping trash at the boat harbor that the state has to clean up, and running up a water bill that reached $19,169 in January. Commercial fishermen complain that they are being taken advantage of because they pay annual fees to use the harbor and the homeless population monopolizes the bathrooms and water. DLNR clams that untreated sewage from the camp is threatening the coral reefs and that vandalism by the homeless have destroyed cultural artifacts and threaten the existence of the opae ula shrimp that only lives in an underground cave system below the site.

The homeless camp residents claim that they are being unfairly blamed for the problems that exist in the area. Dennis “Bumpy” Kanahele, the head of Pu’uhonoa o Waimanalo, has been working with the leader of Pu’uhonoa o Waianae, Twinkle Borge, to create a non-profit similar to the one that Dennis runs. Pu’uhonoa is Hawaiian for refuge. Kanahele’s non-profit organization leased 55 acres of undeveloped state land for $3,000 per year in 1994 and the residents have built a community of 80 people that live in 20 houses. While Kanahele shows the fruits of the rural community’s hard labor, it appears to be an inefficient use of state land and resources when there are thousands of other homeless Native Hawaiian residents that desperately need help as well.

Mayor Kirk Caldwell recently signed a bill into law that prohibits lying down and sleeping at bus stops between the hours of 4:00 am until 1:00 am the next day. Only time will tell how effectively the police will enforce this new law. The times for the ban were chosen on the hours that TheBus, Oahu’s bus service, generally operate.

Rising alcohol bills at bars and restaurants show consumer confidence according to economists and local craft breweries and distillers appear to be benefiting from enthusiastic tourists and locals. Tim and Tracey tried Waikiki Brewing Company in Kakaako last weekend to try out their craft drinks and smoked meat before seeing comedian Bryan Regan at the Blaisdell Concert Hall. The food, drinks, and service were excellent. Waikiki Brewing Company has two pubs located in Waikiki and Kakaako.

The Oahu solar industry finally received a little good news after years of decline due to Hawaiian Electric Company’s (HECO) suspension of its popular net metering program. January saw an 18% year over year increase in solar permits and 53% of those permits included energy storage (batteries). Solar photovoltaic systems appear to be making more financial sense again as the cost of battery storage declines and electricity rates have started to increase again.

Researchers at Maui’s Pacific Whale Foundation are trying to determine the reason for the drop in Hawaii Humpback Whale sightings over the past three years. Biologists don’t currently think that the whales’ numbers have dropped and are investigating a shift in the whales’ yearly migration patterns. Until recently, February has been the peak whale-sighting month.

The brush-tailed rock wallaby are native to Australia and look like tiny kangaroos. Two wallabies escaped from a private zoo in 1916 and they established a colony that is estimated to currently consist of about 40 animals in Kalihi Valley. An injured male wallaby was found near the Halawa Correctional Facility and zoo officials conducted surgery to remove an injured eye. Zoo officials suspect that the animal was injured in a fight with another animal. The zoo is currently looking for a permanent home once the wallaby completely recovers from surgery.

November median sales prices for both single-family homes and condos matched records as supply constraints get worse.  The median price of ...Read More