Here is our 6/11/2015 e-mail update. It is sent after the statistics for the preceding month have been posted on the Board of Realtors website.

Waimanalo Beach was ranked the best in the U.S. by coastal science professor, Stephen Leatherman of Florida International University, aka Dr. Beach.  Up until now, any beach that has earned the top spot has been retired and was ineligible for inclusion in future rankings.  After 25 years of the publication, Dr. Beach has decided to open up the contest once again to all U.S. beaches.

Tourism continues to receive a boost from higher airline seat capacity.  The Hawaiian Tourism Agency expects airline capacity to the islands to grow by 9% in the second quarter as compared to last year.  The higher capacity has helped lower ticket prices for travelers.  Average ticket prices have dropped 5.4% on Oahu and over 10% on the outer islands.

Want more legroom, a cocktail, and priority boarding?  Alaska Airlines is now offering the benefits for a fee if you are not a member of Alaska Airlines’ mileage plan.  A limited supply of upgrades can be purchased within a 24-hour check-in window on its website, through the mobile app, or at the airport.  Alaska Airlines is one of the busiest airlines connecting Hawaii with the West Coast and was recently ranked #1 in customer satisfaction among North American airlines.

Ohana by Hawaiian, hopes to hire mechanics and pilots recently let go by its competitor, Island Air.  Most of the available jobs were posted prior to Island Air’s announcement and Ohana by Hawaiian stated that they would welcome any Island Air employees affected by the lay offs.

Kualoa Ranch, located on the Windward Coast of Oahu, will be on prominent display in the upcoming movie, “Jurassic World.”  Steven Spielberg returned to the ranch to film the movie 22 years after filming “Jurassic Park” in 1992.  Kanehoalani, the main peak of the Kualoa mountain, can also be found on Lego’s “Pteranodon Capture” building kit available in stores.

Hawaii regional cuisine will be front and center when Coco Palms Resort’s Seashell Restaurant reopens in 2017.  The iconic Coco Palms Resort received approval for demolishing and refurbishing the resort from the County of Kauai Planning Commission in March.  Chef Jean-Marie Josselin, author of “A Taste of Hawaii,” will run the restaurant.  The chef also runs Josselin’s Tapas Bar & Grill and JO2 Natural Cuisine.

Kauai’s Koloa Rum have entered into a new distribution agreement that will expand Koloa Rum’s market penetration into the western portion of the United States and make it easier to enter into additional state markets that are governed by state liquor boards.  Koloa Rum is currently sold in 21 states including Hawaii and four countries.   The company is planning to gradually expand production over the next five years by constructing a 45,000 square foot production facility, a 30,000 square foot interactive garden, a rum tasting room, and other farm related structures on 16.7 acres of vacant land.  Contractors are currently clearing invasive trees and shrubs in preparation of planting sugar, guava, and other crops used in their rum.

Pacific Mariculture Concepts LLC is negotiating with the Natural Energy Laboratory of Hawaii Authority (NELHA) to lease about three acres to produce shrimp for local consumption.  In addition to another shrimp producer, NELHA rents space to abalone, oyster, lobster, and clam producers.  Shrimp farming has been well established on Oahu’s North Shore, Kauai, and the Big Island.

Despite Honolulu’s new and controversial bike lane on King Street, Hawaii has dipped in the nation’s rankings to #43 due to the narrow roadways and shoulders Hawaii bikers must navigate through much of the state.  While some bike advocates push for legislation increasing punishments for drivers who negligently injure bikers, little attention has been given to the dangers that fellow bikers who disobey traffic rules pose to other bikers and pedestrians.

Hawaii ranked among the bottom four states with the worst rural roads in the country.  Only 15 percent of the rural roads in Hawaii were rated as “good.”  This poor ranking comes to no surprise to Hawaii residents who have to travel the roads on a daily basis.

Hawaii senior citizens once again ranked as some of the healthiest in the nation.  Hawaii came in at number four, dropping two places to its runner up standing last year.  Hawaii seniors have low obesity rates, low hip fracture rates, and a decent availability to geriatricians.

University of Hawaii and Hawaii Biotech, Inc. are partnering to develop an Ebola vaccination and could start clinical trials in humans soon.  Additionally, Soligenex has joined the partnership to help develop a vaccine that would not require cold storage.  Hawaii Biotech started the project 12 years ago and has completed trials in mice, guinea pigs, and monkeys in collaboration with Mainland laboratories.  There are no Hawaii laboratories certified to work with the Ebola virus.  The vaccine is “nonreplicating,” meaning that it is not live in the human body.  If successful, the project will protect humans against Ebola, Sudan, and Marburg viruses.  Hawaii Biotech also has successfully completed the first human clinical trials with the West Nile virus and Dengue virus.

Hawaii has poached Oregon’s state Medicaid director to help shore up the state’s Medicaid program.  Dr. Peterson helped design Oregon’s Coordinated Care Organization model that measures 17 medical outcomes against benchmark’s to help determine compensation for Oregon’s healthcare providers participating in Medicaid.  Dr. Peterson has moved from one state who’s failed state healthcare marketplace continues to make nation headlines to another state whose own troubled healthcare marketplace, the Hawaii Health Connector, is getting the axe.  David Ige has decided to use the federal exchange after the state of Hawaii spent $204.3 million on their failed website.  The Hawaii Health Connector was unable to become financially self-sustainable by 2015 as required by the Affordable Care Act also known as ObamaCare.  Just 21% of the people that enrolled for health insurance via the Hawaii Health Connector have paid the bill for health care.  One of Dr. Peterson’s first tests will be to turn around the state’s online Medicaid eligibility system that was launched in October 2013 and was reported to still freeze and lose applicant information earlier this year.  Kolea has already cost the taxpayers $144 million.  Governor Ige killed another failed statewide software initiative last month after spending $13.9 million.

The cost of Obamacare is becoming clearer.  The Hawaii Medical Service Association (HMSA) has requested a 49.1 % increase in premiums due to expanded membership under the Affordable Care Act.  Many of HMSA’s new members are using substantially more in medical services and prescription drugs than forecast.

Delays in taxpayer refunds are now complicating the state’s general fund growth forecasts.  The Department of Taxation has failed to staff appropriately while adding new screening to detect and prevent fraud.  The additional checks have caused the state to increase the time it takes to refund taxes from six to eight weeks to 16 weeks.  The delays are forcing lawmakers to approve forecasts with inflated numbers and raising the risk of causing further budget problems down the road.

State-owned Big Island hospitals announced that they will lay off 87 employees, close some programs, and reduce services due to a projected $7 million dollar deficit.

A contractor monitoring the bid process for a geothermal energy project on the Big Island has recommended a Nevada company that currently operates another Big Island geothermal plant.  The recommendation follows the company’s ability to meet a threshold price of 12 cents per kilowatt-hour.  If those types of rates can be met, then it begs to question why geothermal does supply a larger percentage of electricity will retail rates in Hawaii well north of 30 cents per kilowatt-hour.

Governor Ige has given his official support for the $1.4 billion Thirty Meter Telescope (TMT) stating that the planned observatory took the “appropriate steps and received approvals needed to move forward.”  Governor Ige asked that the University of Hawaii return to the authority of the State Department of Land and Natural Resources more than 10,000 acres of the Mauna Kea summit currently not being used for astronomy and decommission one quarter of the existing telescopes by the time TMT is operational in 2020.  Governor Ige stated that the state will form the Mauna Kea Cultural Council to advise the Board of Land and Natural Resources and DLNR on cultural issues impacted by development and called for a full cultural impact assessment prior to deciding on a UH’s lease extension.  The university currently holds a lease on the land until 2033.

The American Institute for Economic Research may want to rethink their metrics after ranking Honolulu second for American cities where young college graduates want to live.  The three most important metrics were a high density of people with a college degree, a low unemployment rate, and the ability to get around without a car.  The report apparently ignores that Honolulu was recently named the worst place for young people to buy a home, ranked the second worst state for business by CNBC, the worst state for nurses, and having the worst traffic.

The Big Island’s famous Ironman Triathalon was notified by the Department of Justice that its practice of allowing athletes that failed to qualify an opportunity to buy a chance to enter the race at $50 per chance.  The Department of Justice has ruled a practice that has been in place since 1983 as an illegal form of gambling.  It appears that the “no fun police” of the federal government has eliminated the opportunity for lesser-qualified athletes to participate in a world-class event.  The organization that runs the Ironman Triathalon decided not to fight the Department of Justice’s findings and has ended the lottery for future events.

The University of Hawaii has announced that it will raise tuition 5% over the next two years to help stem the amount of red ink in the operating budget.  The announced raises are slightly lower than anticipated.

Previously undefeated and #1 ranked Hawaii Pacific University’s (HPU) men’s tennis team lost its first match of the season in the finals of the NCAA Division II tournament.  Tim Kelley recently had the pleasure of taking part of a tennis clinic put on by the HPU men featuring tennis drills that they routinely use to hone their skills during the competitive season.

If you need assistance buying, selling, or managing your Oahu property, we want to apply for the job of assisting you. 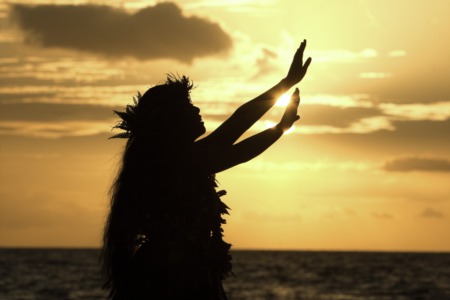