Tim and Tracey listened to the mid-year update for Oahu’s housing market by Hawaii economist, Paul Brewbaker, last week.  Paul predicts that the demand for homes will fall 30% to 45% due to the recent rise in mortgage interest rates if earlier patterns hold, which it was a 15% drop for every 1% increase in mortgage rates; but he does not forecast a drop in prices due to limited supply.  Mortgage rates have reached about 5.75% due to the Federal Reserve’s interest rate hikes and lenders placing a greater risk premium on mortgages.  Despite the rate hike, Brewbaker argues in economist speak that mortgage rates have turned negative due to inflation’s surge.  Tim shares a layman’s disagreement since the interest payments he has been paying on his mortgage have been far from negative.

A major area of concern centers on the recent lack of gross domestic product growth in Hawaii’s economy compared to the rest of the nation.  Hawaii has lagged the country by several percentage points recently and he estimates growth will be 15% lower in the future.  Lower productivity spells trouble for a government that continues to add to its liabilities to fund government operations.

The Supreme Court struck down Hawaii’s law restricting who may have a permit to carry a handgun in public.  Hawaii Police Chiefs will no longer have the discretion to deny law abiding citizens from carrying a handgun outside the home.  The Supreme Court sent George K. Young Jr. v. Hawaii back to the 9th District Circuit Court of Appeals for further consideration considering the Supreme Court’s ruling.  Young, a retired Hilo police officer, had his permit application rejected twice.  Hawaii had issued only four licenses to carry in the past twenty years. You can watch this video report from KITV4 News by clicking the link below:

Pay-to-play politics is front and center as the issue in Hawaii politics with the Justice Department’s indictments of Hawaii’s political class and private contractors who fill the politician’s re-election campaign coffers.  The most recently indicted executives donated a combined $830,000 to candidates in critical state and county offices and received $12.72 million in state contracts including three to provide consulting, engineering, and other construction services “as-needed.”  The three candidates seeking the Democratic nomination for Governor emphasized their opponents’ fundraising efforts and tried to either isolate themselves from the fallout or paint their opponents as cogs in the pay-to-play system.

The U.S. Navy is seeking an additional $1.1 to make repairs to Red Hill’s fuel facility so  that the underground fuel tanks can be safely drained.  The budget request follows a report released last month stating the Navy must complete major repairs to prevent another fuel spill that could further pollute the nearby ground water.  The state Department of Health must approve the defueling plan before proceeding.  Meanwhile, the Navy has been pumping 4.5 million gallons of water into the Halawa Stream even though there has been no indication of further contamination.  The tremendous waste of water is exacerbating a water shortage on West Oahu. Listen to Hawaii Public Radio's report by clicking the link below:

The City and County of Honolulu recycling programs rely heavily on transporting waste off the island since Hawaii does not have the capability to process the recycled material.  The city ships cardboard, newspaper, and paper to China and Indonesia while shipping glass to California.  According to a report, 620 tons of plastic waste ends up in the ocean and currents deposit the plastic on beaches months later.  The recycling efforts lease to over 145,000 miles of truck transportation and 4.2 million miles of container vessel transportation.  The city and county would be better off burning green waste, paper, and plastic in the H-Power plant and depositing crushed glass in landfills.  Japan has fourteen factories that grind glass down to silica powder and contractors can use the silica powder for beach sand, golf courses, agriculture, water purification, aquaculture, and heat control.  The Caldwell administration approved a recycling factory but the Department of Planning and Permitting could not approve the permits in a timely manner resulting in one more missed business opportunity for Hawaii entrepreneurs.

The City and County of Honolulu stopped taking applications for rent and utility relief on June 30th (when federal funding for the program ended).  Tenants needed to submit initial relief and recertification applications by the deadline for the remaining $30 million of $225 million in pandemic related funding.  The city considered first time applicants before funds were allocated to people applying for recertification.  Tenants must recertify every three months and can receive up to 18 months of assistance.

The Federal Bureau of Investigations (FBI) arrested former Honolulu Prosecuting Attorney, Keith Kaneshiro, on Friday, June 17, 2022.  The FBI          alleges that a Honolulu businessman paid more than $45,000 in campaign contributions to prosecute a former employee.  The employer fired the employee in November 2011, contested her unemployment benefits, and a judge ruled employee eligible to receive benefits a year later.  The businessman persuaded Kaneshiro to investigate and prosecute the employee for working other jobs on company time.  The businessman and family later donated $45,000 to Kaneshiro’s campaign.  Though unrelated, Kaneshiro’s attitude and behavior mirrored that of his employee, assistant prosecutor Katherine Kealoha, who tried to frame her uncle in the theft of a mailbox.  The Justice Department successfully prosecuted Kealoha last year.

Windward Oahu residents can expect further traffic delays through May 2023 due to roadwork on the Pali Highway in Nuuanu and the Kalaniana’ole Highway in Waimanalo.  The resurfacing projects started in March 2021 and include sidewalk improvements, raised cross walks, and LED lighting.  The state Department of Transportation has pointed to supply chain issues contributing to the delays. If you have time for a drive, you can watch this video to enjoy the Pali views:

Honolulu’s Chinatown is enjoying a turnaround after years of struggling with crime and homelessness.  The River of Life ministry agreed to switch from serving food at a Chinatown building that attracted long lines of homeless individuals to serving the population in mobile units that bring the food to locations closer to the homeless individuals.  The mission served about two hundred people a day when they were in Chinatown and now are serving over three hundred people per day from six locations.  The citizen patrols have noticed much less criminal activity, the neighborhood is much cleaner, and there is much less screaming and yelling.

Ocean Defenders Alliance removed 110 tires from Kaneohe Bay weighing 7,200 lbs. on June 26th.  The team of divers using lift bags have removed 219 tires from the bay during three dives over two years at Heeia Small Boat Harbor.  The $25 fee to have a tire dumped encourages the illegal activity.  Of the 110 tires pulled out of the bay, someone dumped eight from the pier Saturday evening according to the harbor master.  It makes one wonder why the harbor master does not intervene and prevent the illegal activity occurring right in front of him.  The tires leach chemicals into the bay harmful to rare coral species.  Volunteers take the tires to H-Power for incineration after divers have pulled the tires from the bay.

The Department of Defense has awarded the University of Hawaii $25 million to build a hybrid reef off the coast of Oahu to dissipate wave energy and protect Oahu’s shoreline.  Contractors will build the base of the reef with thin-walled concrete structures that scientists will attach heat-tolerant coral fragments which will eventually cover the base material.  The finished product will function like a typical fringe reef with a fore reef, a reef crest that absorbs most of the wave energy, and a protected back reef that supports more delicate species.  The goal is to have the man-made structure completely covered with life in five years with an increased biodiversity of fish.

Kailua hosted fireworks on the 4th of July for the first time in three years, but residents will have to wait at least another year for the return of the 4th of July parade.  Concerns about the COVID-19 summer surge convinced organizers to pause.

A plan to transfer naturally occurring bacteria to sterilize male mosquitos has gained the approval of the Department of Land and Natural Resources (DLNR) with the goal of saving two native birds, the akikiki on Kauai and kiwikui on Maui.  The male mosquitos do not bite and do not transmit disease.  The sterilized male mosquitos would mate with female mosquitos resulting in eggs that will not hatch.

Jocelyn Alo finished her illustrious college softball career with 122 home runs and officials awarded Alo the Most Outstanding Player of the 2022 College World Series by leading the Oklahoma Sooners to their second consecutive national championship.

Dean’s Drive Inn, a Kaneohe restaurant serving local plate lunches for 16 years and featured on Food Network’s Diners, Drive-ins, and Dives, is closing.  The owners cited rising costs of food and supplies as the main reason for ceasing operations. Check out some pictures of Dean's Drive Inn:

Tim and Tracey have participated in the first two races of the 2022 North Shore Swim Series.  Tim has achieved his goal of completing the race without lifeguard assistance and Tracey aims to complete her sixth series of races.  Ocean activities have become a larger focus over the past two years since COVID-19 restrictions place limits on other types of outdoor activities. 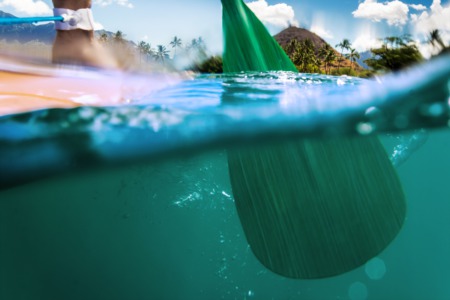